Guided Tour of The Alhambra from Granada

Would you like to make a guided tour of The Alhambra together with the best local guides?

“The Alhambra Palace is the most visited monument in Spain and that, given our country’s other sights, is very impressive!. It was built during the middle of the 13th Century and declared a UNESCO World Heritage Site in 1984 but its beauty remains remarkably intact.

We, at Iberian Mobility (official Alhambra Agent), secure 100% official tickets to Alhambra and Nasrid Palaces, and always count on the very best Tourist Guides for the Cultural and Artistic Andalusian Heritage

Take comfortable shoes, lots of energy and come explore with us one of Europe’s most valued sites.
We operate everyday from Hotel Guadalupe in Granada. 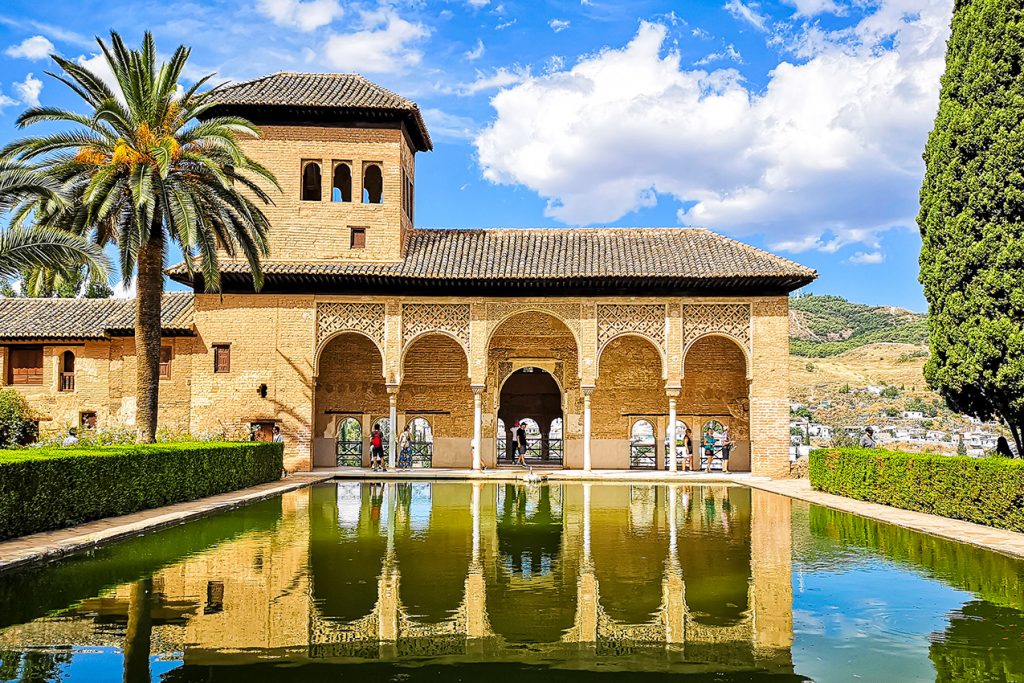 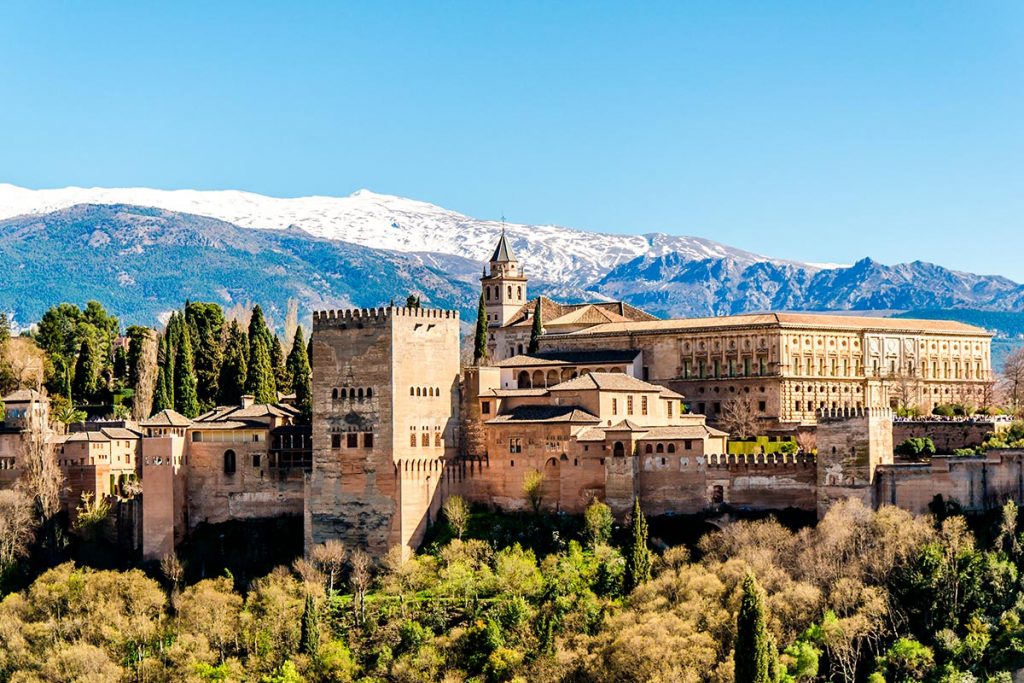 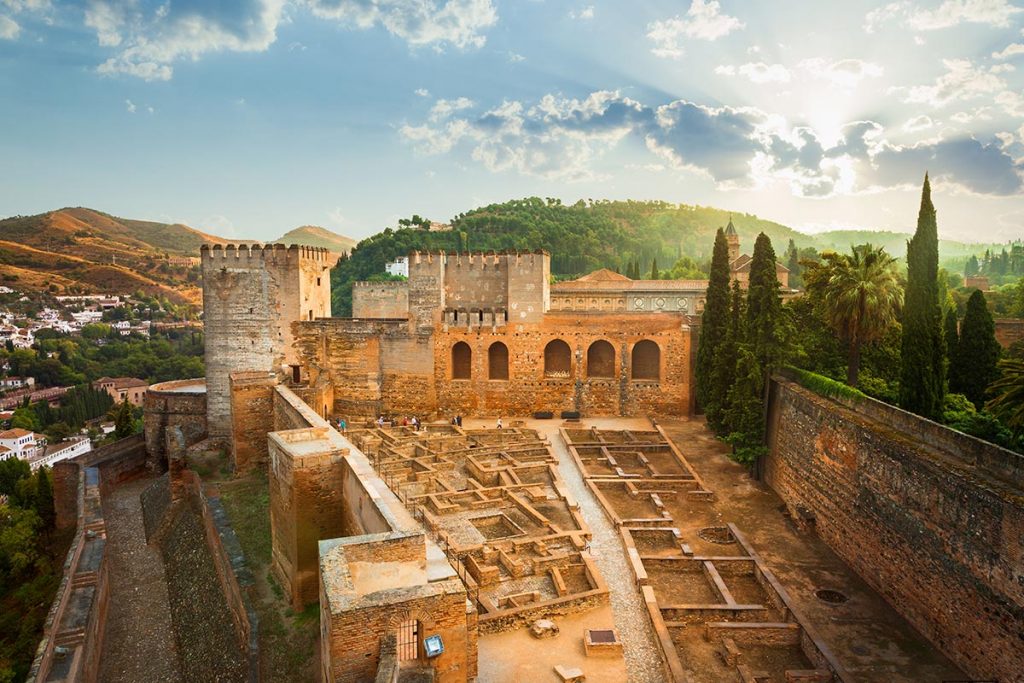 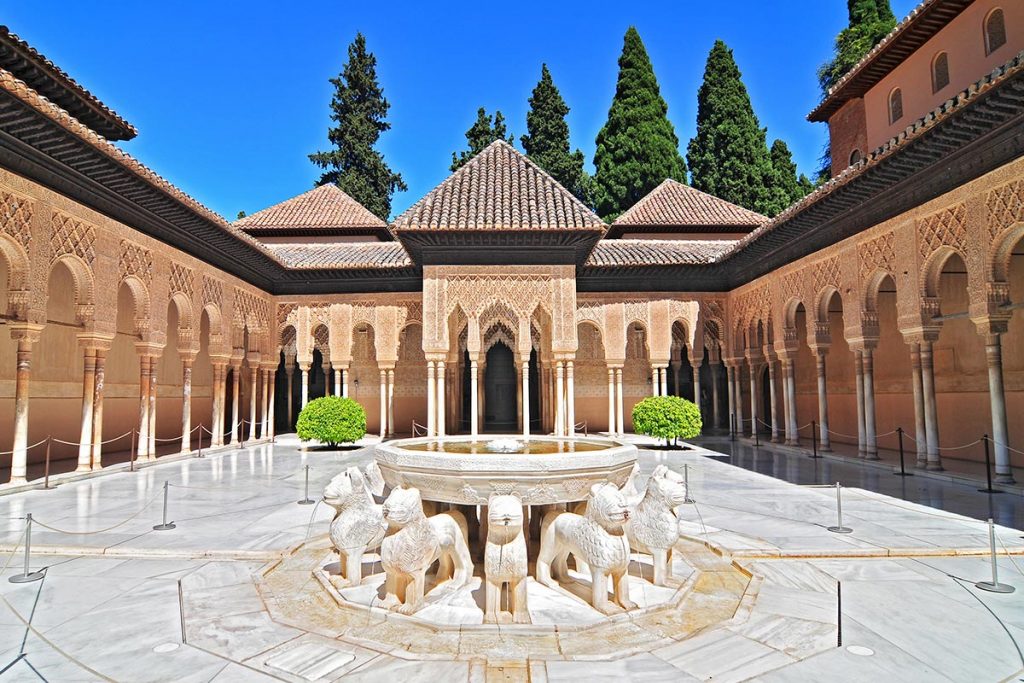 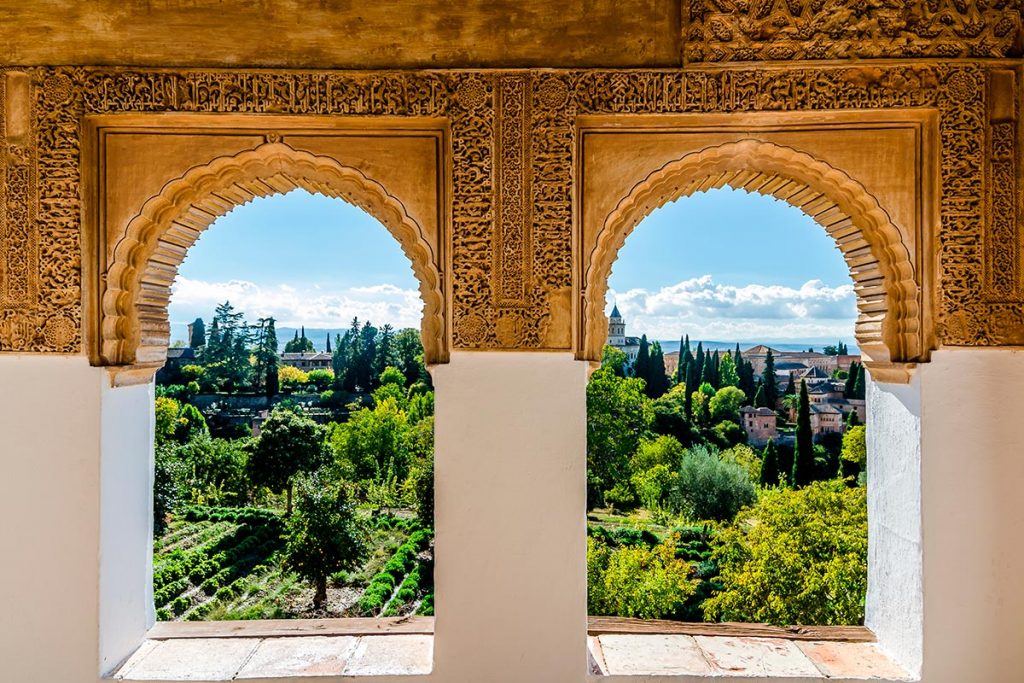 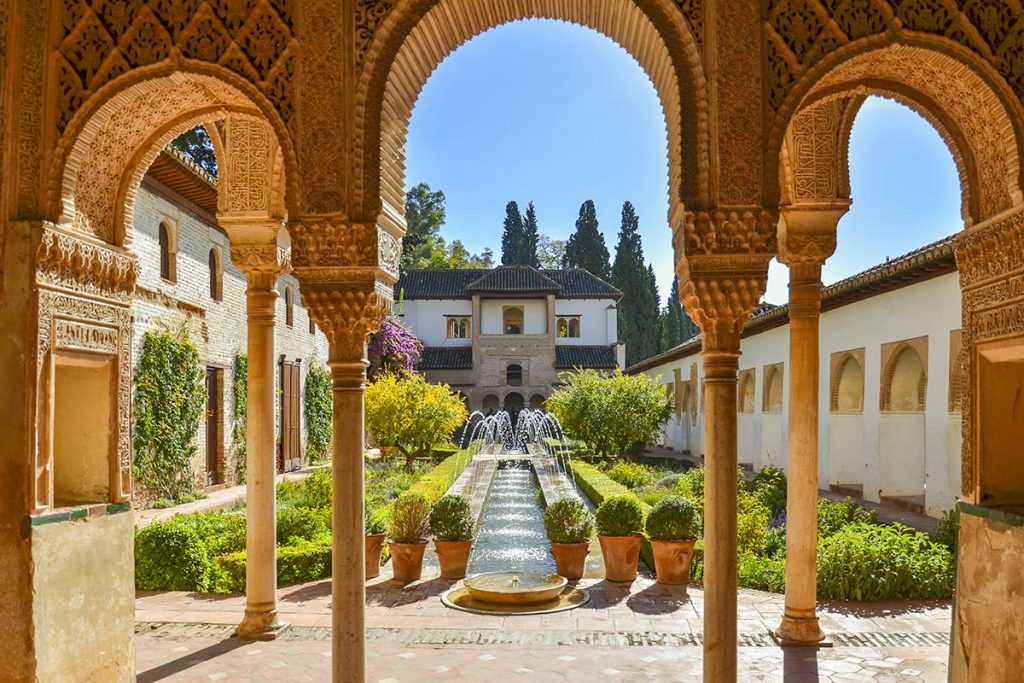 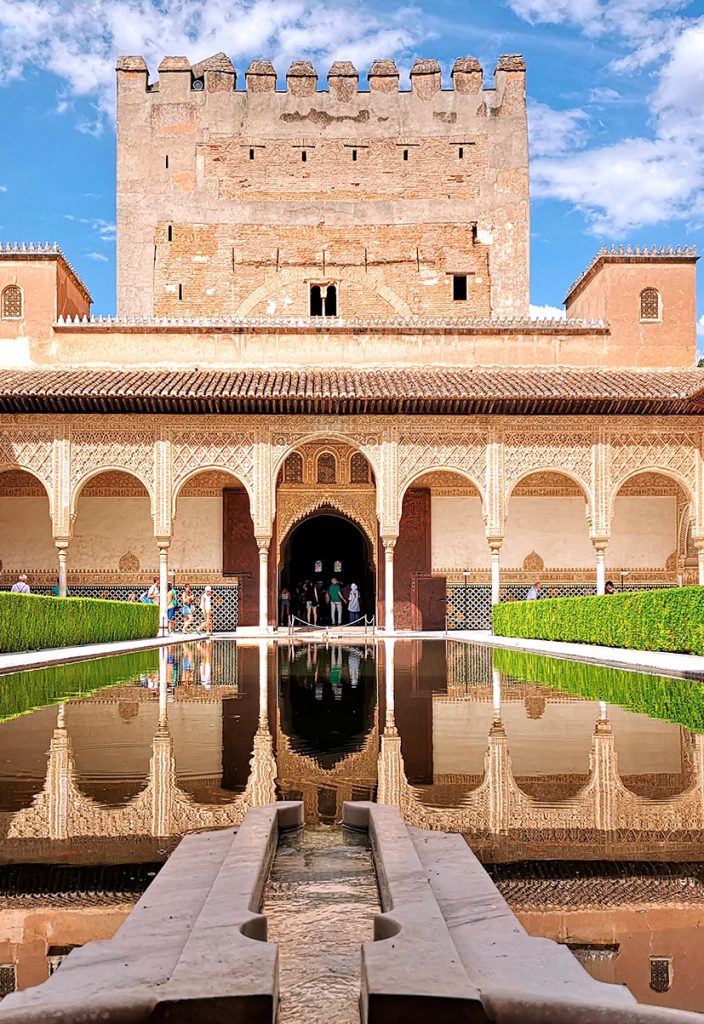 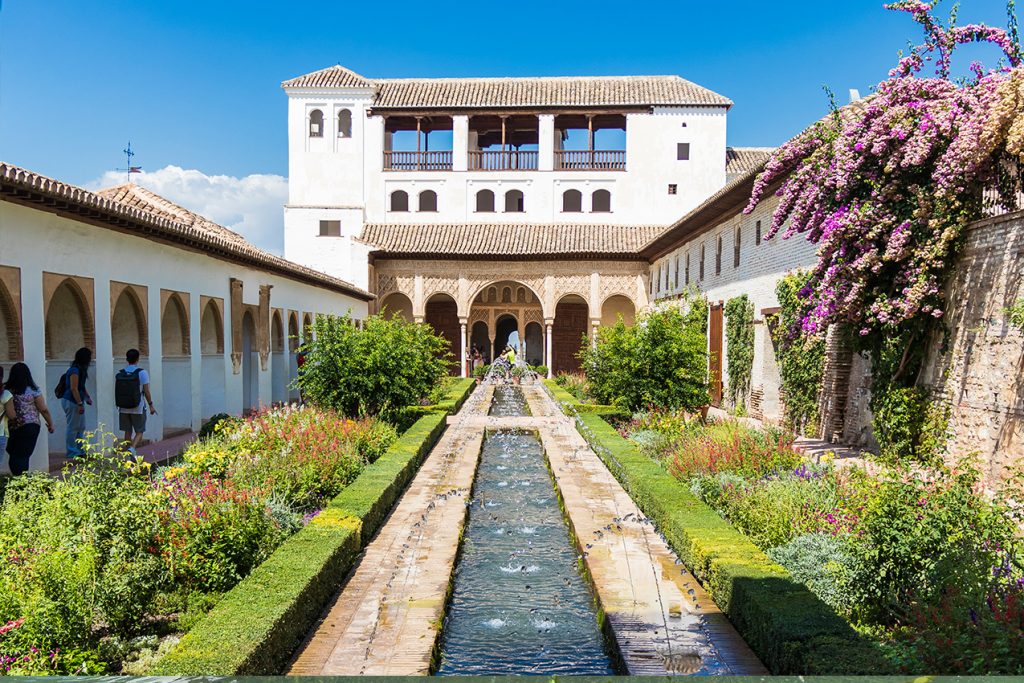 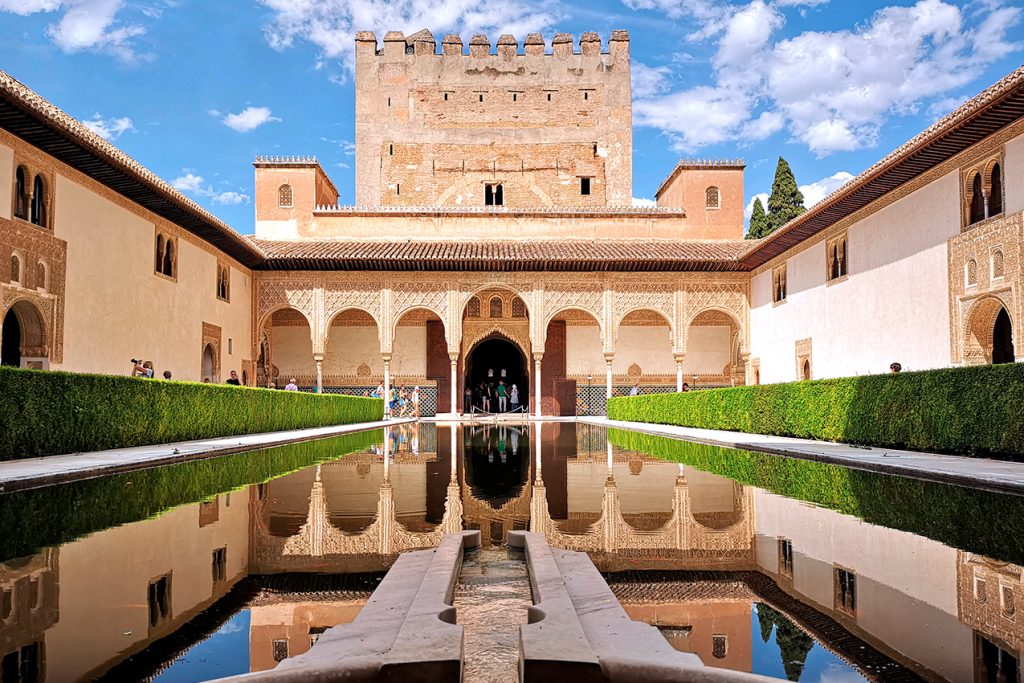 What can I do in Granada during free time?

What is not included?

Does not include Food

What is the cancellation policy on the Alhambra Tour?

Alhambra monument has a complex admission policy that allows us to only reimburse 100% of the paid amount if cancellation takes place up to 72h prior to departure. Later cancellations are not permitted as we loose your ticket, which has been issued on your name, only for you.

Also, from May 1st 2020 any cancelation made 72h before tour date implies a cancelation fee of 15€. Later cancelations will not get any reimbursement. Sorry!

Would you like to visit The Alhambra without worrying about tickets - which are very difficult to find - and the transportation to the site? Keep on reading!

The amazing city was the capital of the arab Spain for over three centuries, and we believe the biggest European city in Islamic times.

Check what others think about us

Tour bus and guide was good. The palace grounds are huge. Be prepared to walk three hours non-stop to see the various sections and gardens. There are a lot steps to ascent and descent to see different levels of the grounds and palace sections. Save your energy to the last section where the sultan’s living quarters are. That makes it worth it. !

I would recommend a guided tour of Alhambra to fully understand the history of the different buildings and get the most out of the visit. Our tour guide was very knowledgeable and answered every question thoroughly. We would have preferred more time at Alhambra instead of going into Granada, but otherwise the day was very well organised. The bus journey was also very comfortable with one stop each way for refreshments.

All logistics worked fine. The pause/visit to Granada town was before and not after the tour of Alhambra- much better but we did not know. The tour of Alhambra was with an experienced guide in spanish and english-good and interesting. two more thing were not specified: the wifi on the bus you have to pay for (8€) and to enter Alhambra you have to carry an ID ducument, the latter created some problems.

Loved this tour! Our bus driver was helpful and informative. Our guide at the Alhambra, Marina, was fabulous!!! She skillfully kept the group together, switched seamlessly and quickly between languages, and was entertaining and informative. We were concerned that a 10 hour tour would be exhausting but instead it was exhilarating!

From start to finish, this small group tour was excellent. I highly recommend it. After arriving to Alhambra, I realized how important it is to book with a tour group; otherwise, it is very difficult to secure entry tickets (unless done well in advance). I’m glad I booked with this company. The company contacted us to get the information they needed for our entry to Alhambra and provided us with the pickup location in Seville. We were a bit worried as it was Good Friday in Seville, but they were on time and the transportation was very comfortable. Our tour guide in Alhambra (Enrique) was excellent! He was very knowledgeable, maintained a comfortable pace throughout and ensured we were all comfortable and stayed together as a group. He made an overall great experience even better. If I am in southern Spain again and want to visit Alhambra, I… 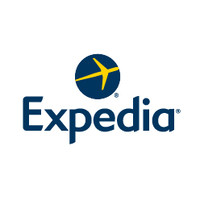 We team up with the best worldwide partners and work for the best possible clients in both regions, who trust us with the most demanding transportation services and trips.

Can we help you?

This website uses cookies to improve your experience while you navigate through the website. Out of these cookies, the cookies that are categorized as necessary are stored on your browser as they are essential for the working of basic functionalities of the website. We also use third-party cookies that help us analyze and understand how you use this website. These cookies will be stored in your browser only with your consent. You also have the option to opt-out of these cookies. But opting out of some of these cookies may have an effect on your browsing experience.
Necessary Always Enabled
Necessary cookies are absolutely essential for the website to function properly. This category only includes cookies that ensures basic functionalities and security features of the website. These cookies do not store any personal information.
Non-necessary
Any cookies that may not be particularly necessary for the website to function and is used specifically to collect user personal data via analytics, ads, other embedded contents are termed as non-necessary cookies. It is mandatory to procure user consent prior to running these cookies on your website.
SAVE & ACCEPT